I mean nobody expected that any of these … well, this volcano could erupt. I don’t think much people here expected that. I don’t think much people here paid attention to what would have happened, […] . It wasn’t that sort of Caribbean, it wasn’t that sort of information going around. In 1992 most people didn’t really know about that, most people here. I think people know now, in the region. I think this eruption, because it would have gone on so long and what had happened, it would have made people aware of the trait of volcanism in the region, more so than there would have been 40 years ago.

[…] and next thing I heard something like, you know when dynamite, a boom, and I heard this, and when I look up towards the mountain I saw this black thing and it’s like everybody running out and screaming and what is going, what is happening? It’s like everybody, then you start worrying about the kids at school and trying to … it was just one confusion day.

One of the first eruptions in 1995 seen from Plymouth. Credit: MVO Archive.

A month later, 6000 islanders were evacuated from southern and eastern areas. This first major evacuation lasted for 2 weeks, and hurricanes aggravated the situation.

The Guardian reports on the first evacuation, 26 August 1995. Credit: The Guardian.

Newspaper clipping from 25 August 1995 on the first evacuation. Credit: The Guardian.

The Guardian reports on the third evacuation on 8 April 1996. Credit: The Guardian.

In late March 1996, the first pyroclastic flows descended the Tar River Valley, and the governor declared a state of emergency. Plymouth and other southern areas were permanently evacuated.

‘Now we know that it was sleeping, not dead as we would have liked it to be
Soufrière Hills was only resting, sometimes snoring, sometimes rumbling,
Releasing sulphuric fumes into the air
All folks commenting sulphur want water
But in 1995 she wanted more
She exploded and opened her doors showering us with ash sending us into one mad dash’ 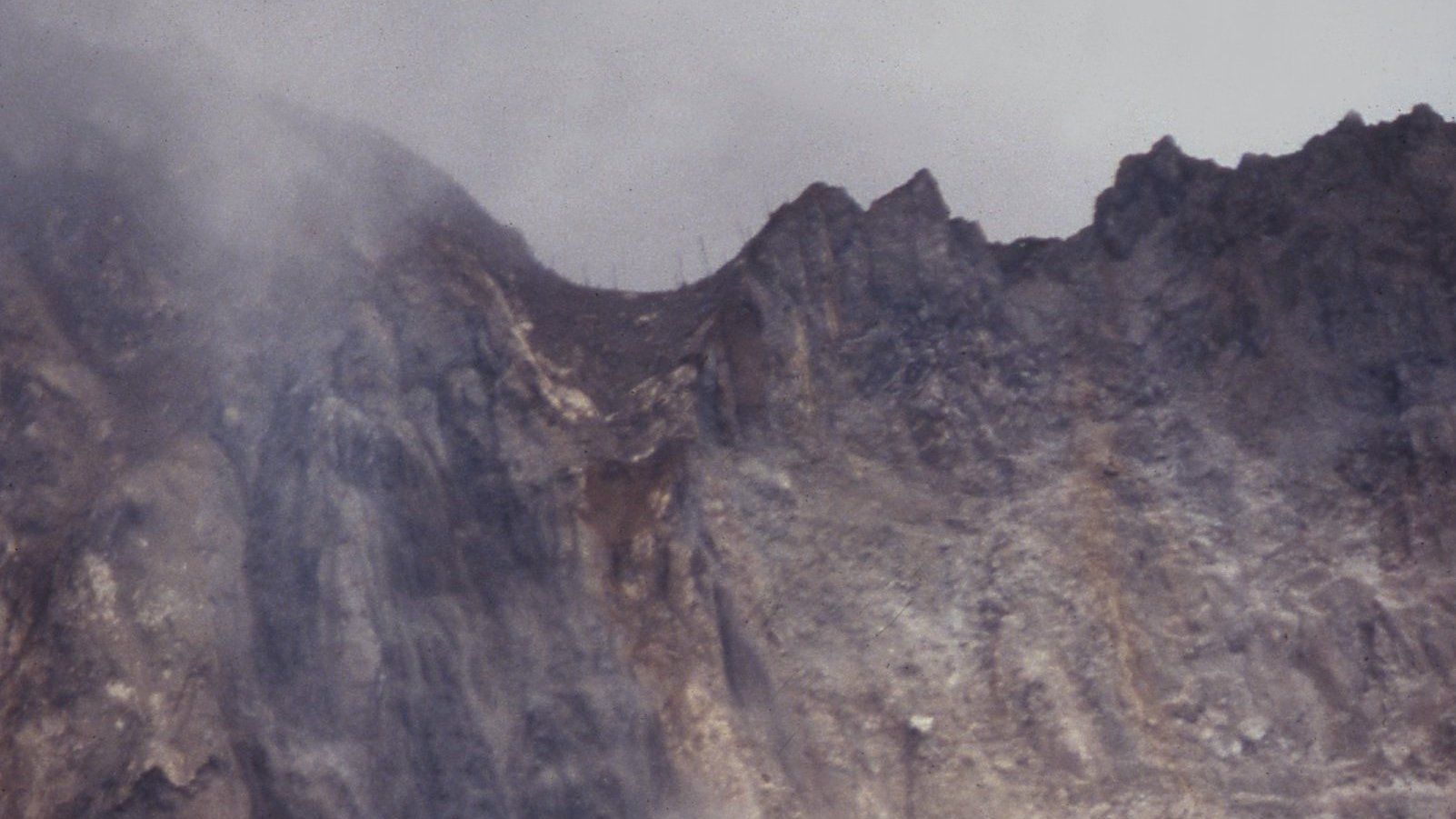 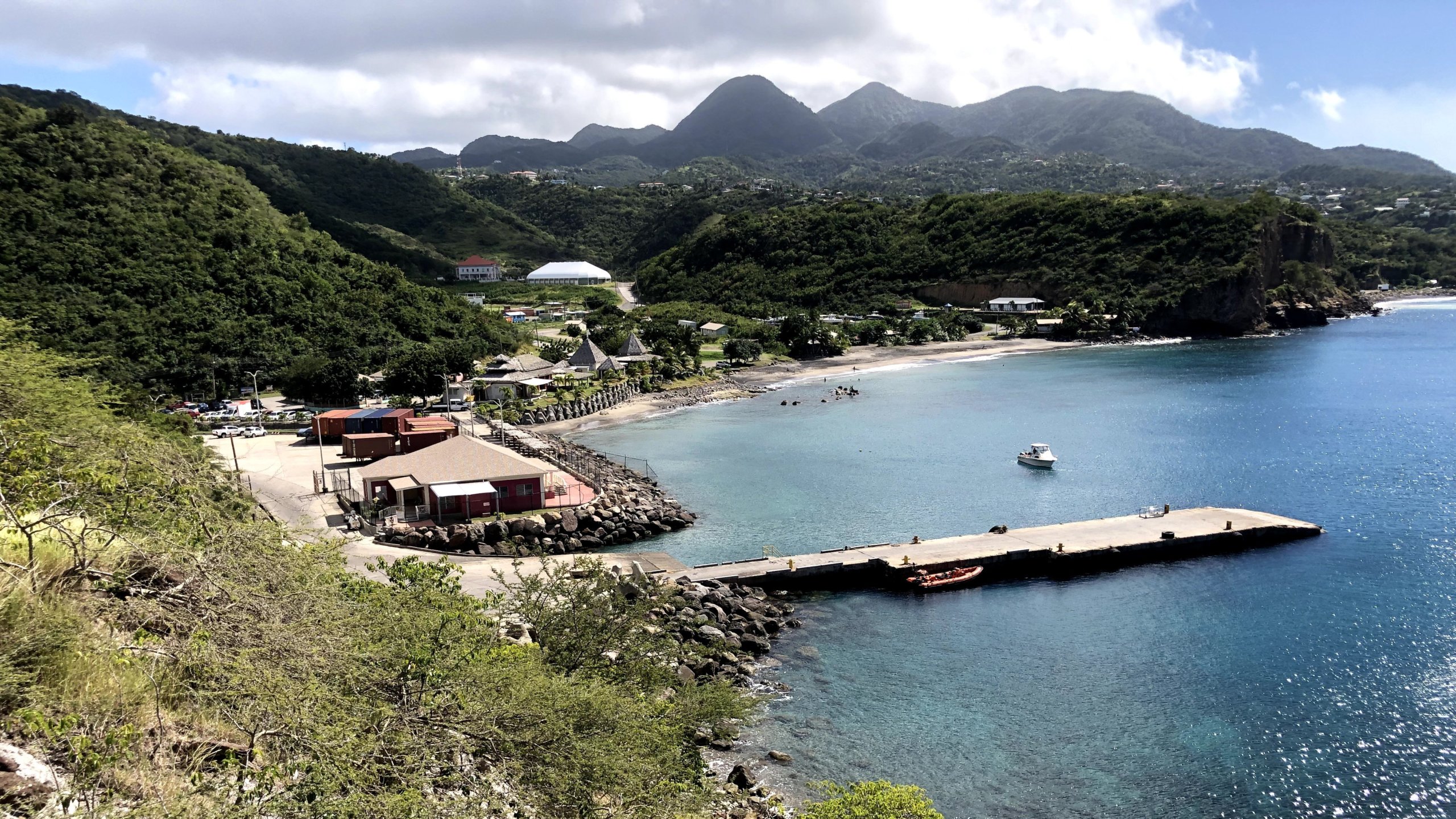 The Island Today: Living With Our Volcano 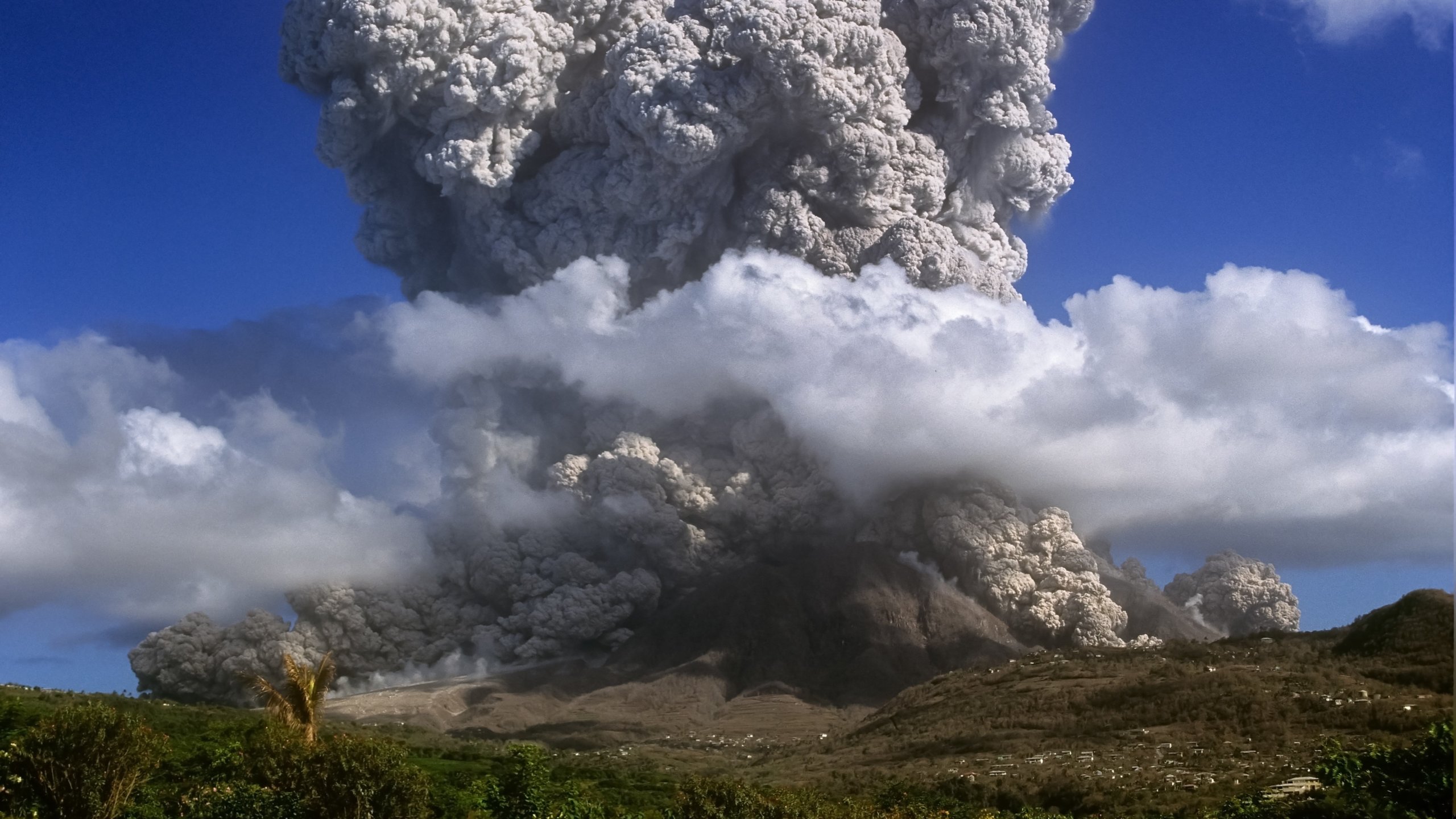 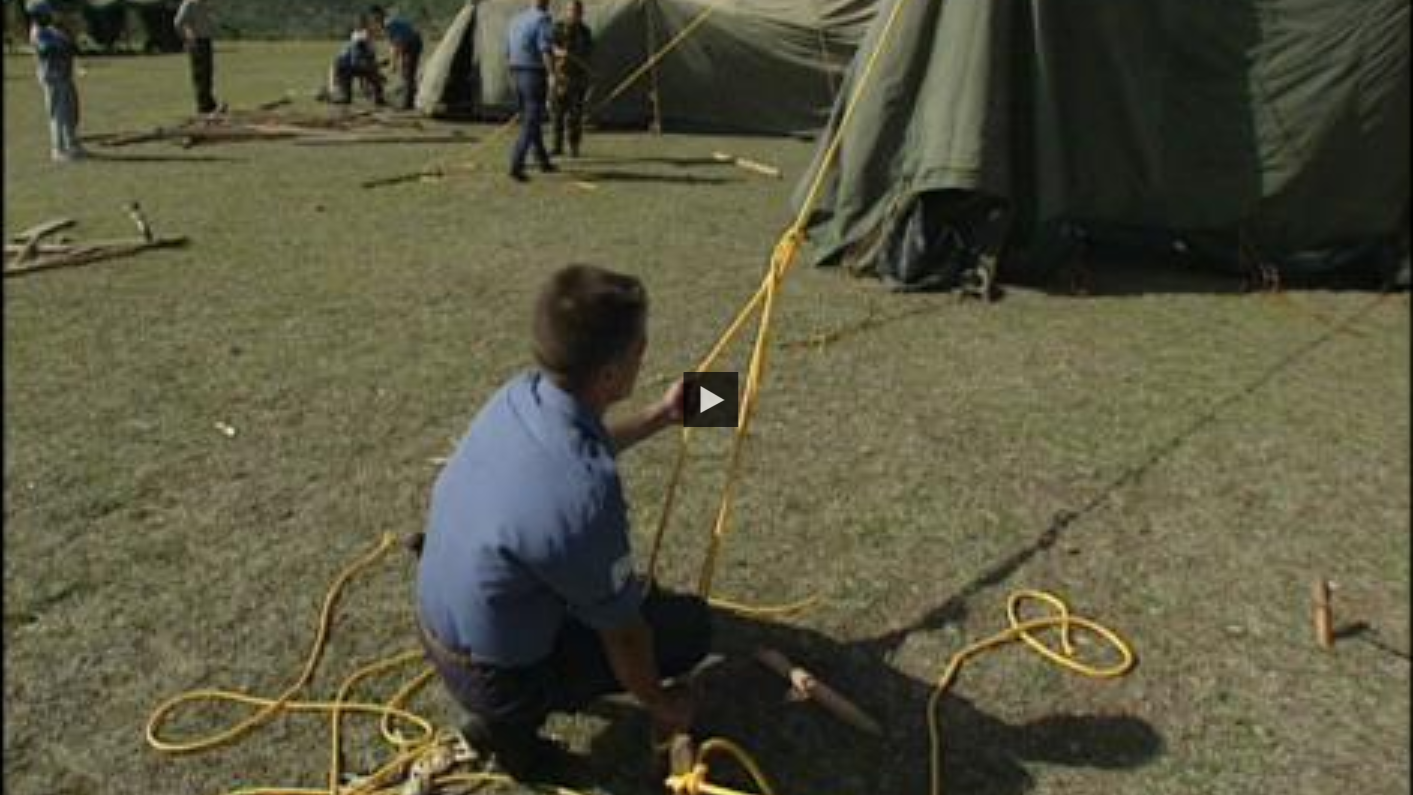 The Early Days Of The Eruption 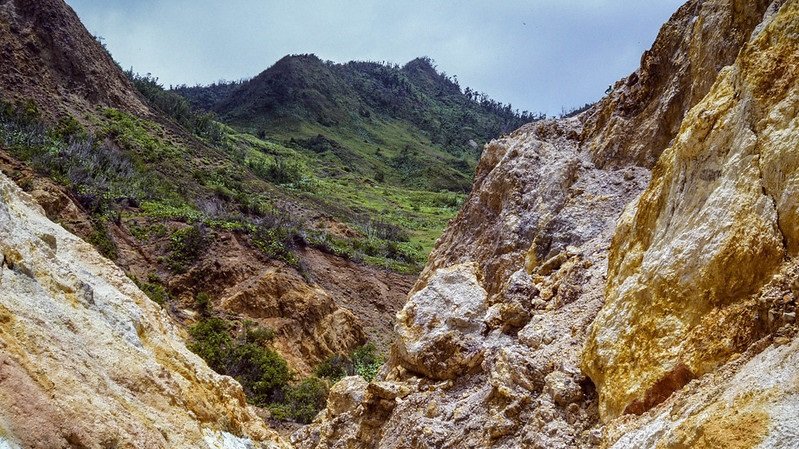 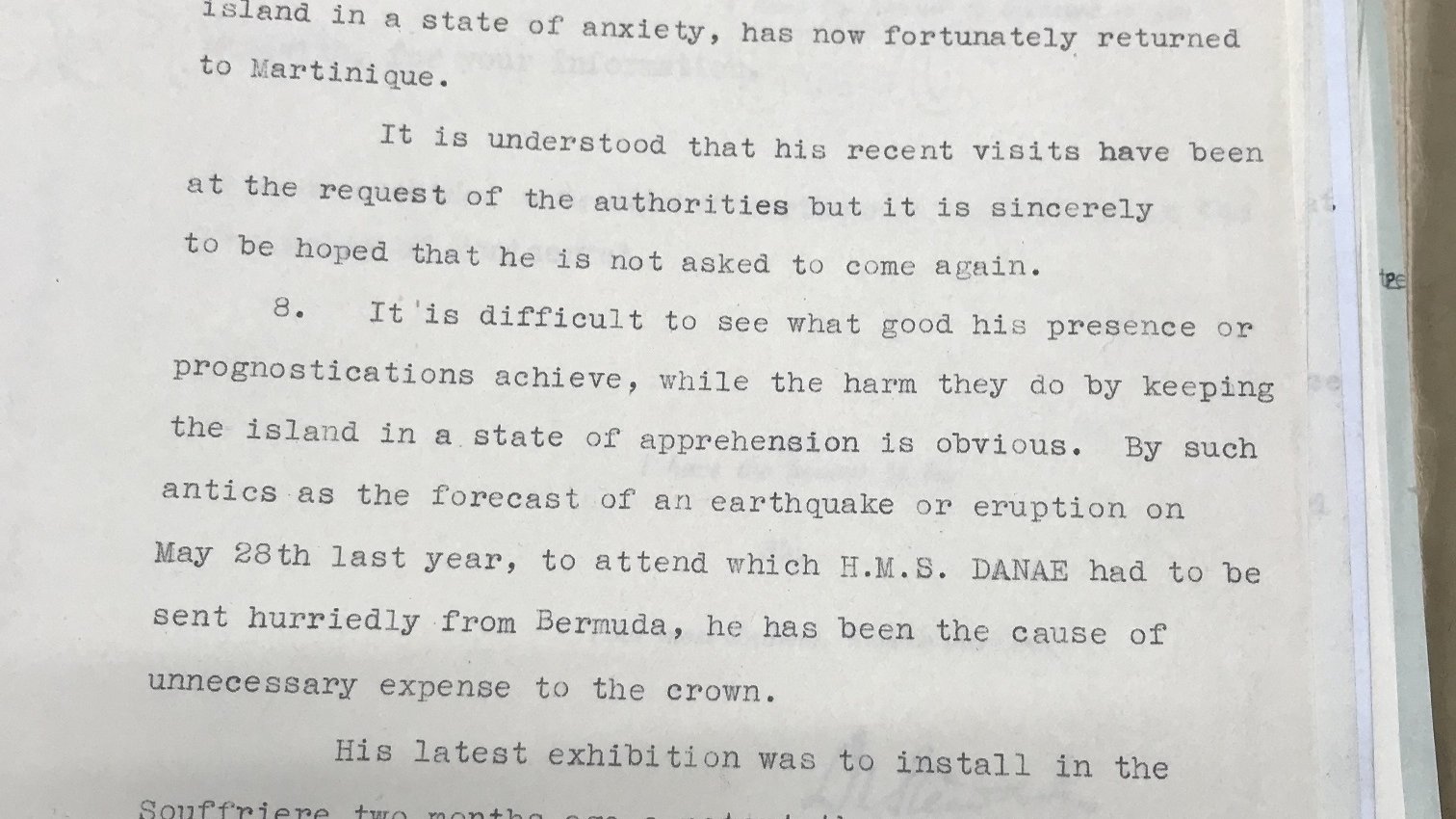 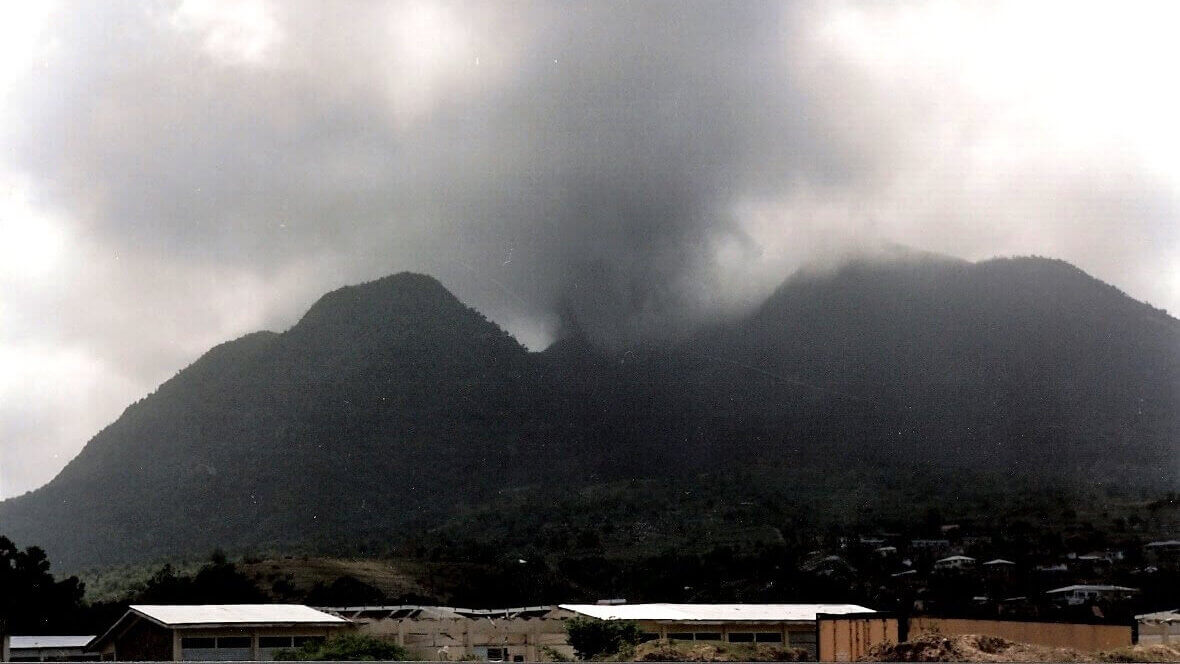 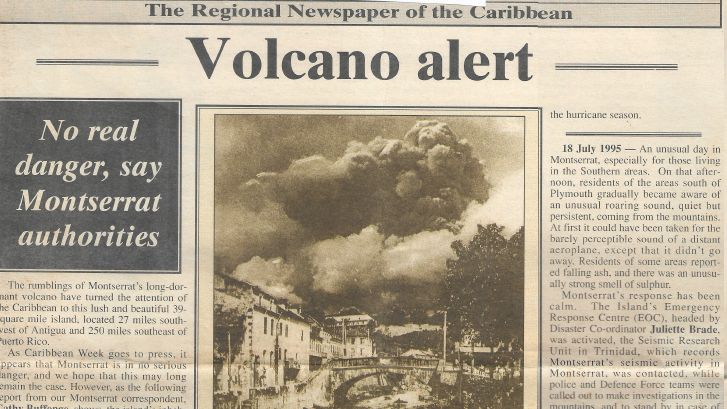 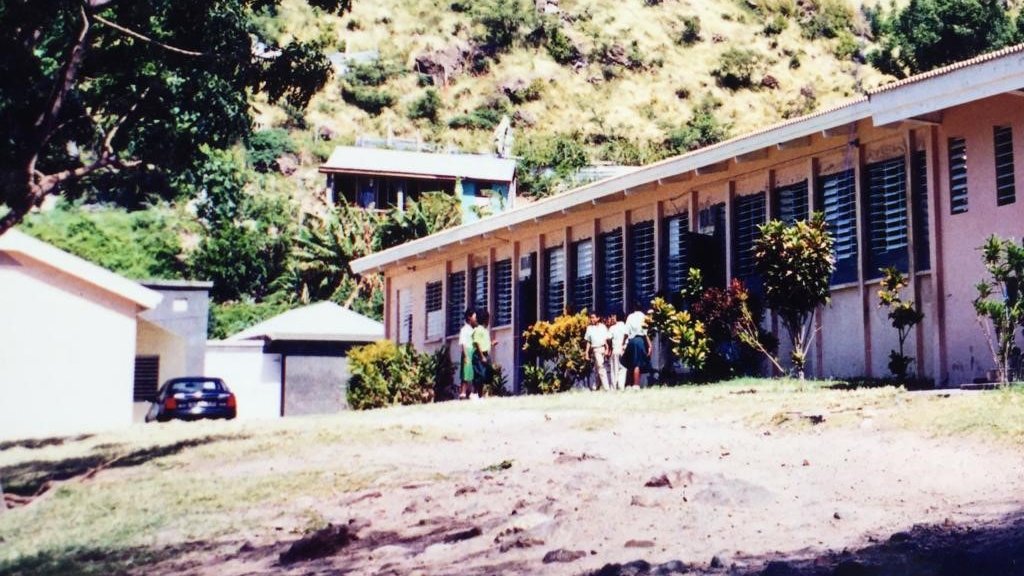